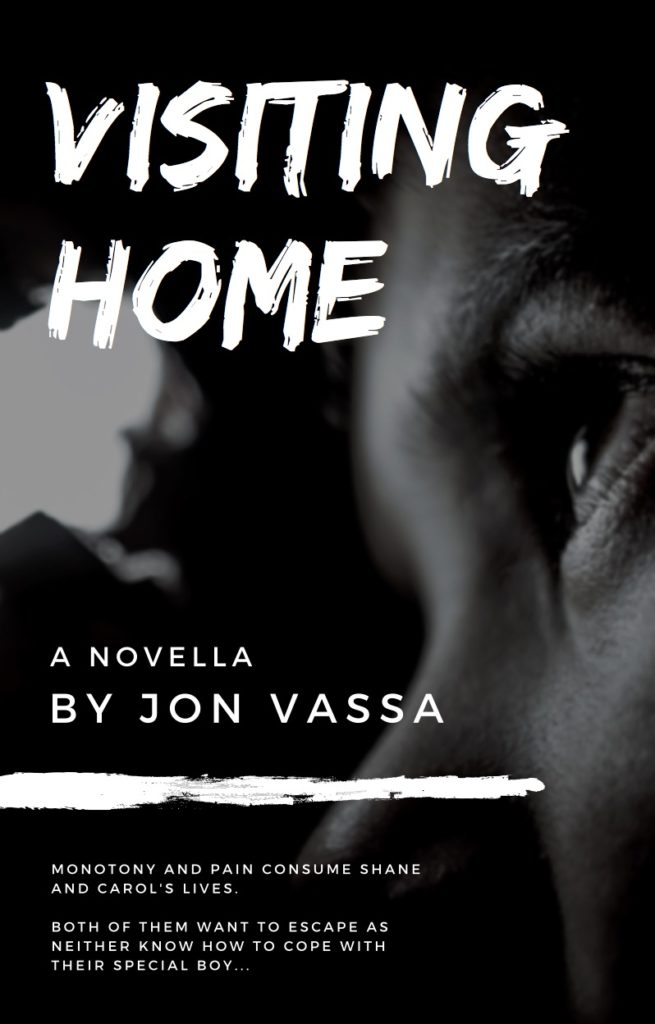 The old wooden stairs creaked under the weight of her steps. They once held in place with a firm grip along each nail, but now they bent like a worn dock cast out to sea. Carol paused midway down the staircase to look at the wallpaper curling from its edges. She hasn’t changed them for some years now. She’d been planning to get to it, but she never managed to start the project. Life was hard enough to handle, let alone refurbish her home. It wasn’t time that was holding her back. No. There was something else. The hollow shell that had become her home didn’t fill her spirits like she’d hoped they would anymore.

The brisk night gathered around her neck as she climbed down the stairs. She tightened her sweater even more. She reached the bottom of the stairs and went to turn off the light, but stopped to push a little twisted piece of wallpaper down. It sprang back up each time she touched it.

She turned off the light and went through the kitchen towards a small narrow hall. “It has to be done,” she said. “Tomorrow feels right.”

The door ahead of her shone with a blue glow and spoke in a static mumble. Carol pushed the cracked door open and walked past the man planted in the couch. The TV spoke of nightly news and rambled on of products to be bought.

“And they’ll think twice before they try to break into my home again,” said a large woman on the television. The lady pat two growling Doberman pinchers on their heads. “This one here is Steel and the other is Knife.”

Carol glanced at her husband. “What are you eating?”

“You’re eating something. What is it?”

The man tried to chew without moving his jaw.

“Shane? Did you eat those biscuits? Shane?”

“What?” he said with a mouthful of crumbs.

“I knew it. What did I tell you about that? Your blood sugar is going to go through the roof. For heaven’s sake. I’m not rushing you to the hospital again.”